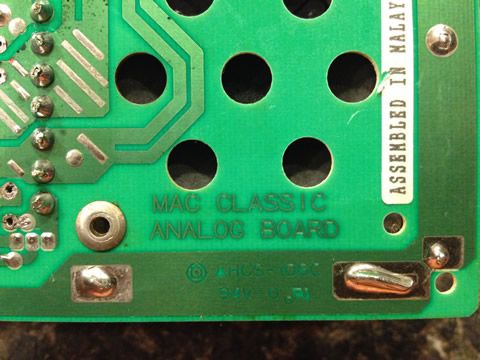 I used to see this computer nearly every day of my high school career in the classroom of my high school bible teacher. At the time it was already around 10 years old and very out of date in the heady days of Windows 98. Fast forward to 2014 and now I've become the owner of this machine.

It still fired right up but when I opened it up for a cleaning I noticed a lot of corrosion and leakage from the capacitors on both the logic board and analog board. First step was to replace all motherboard capacitors with tantalum equivilents. Second step, analog board. Currently still a work in progress, but immensely satisfying.

The Classic was the last Macintosh to use the 68K processor and was roughly the same speed as the Macintosh SE... Minus the PDS expansion port which made it an inferior Macintosh to the SE which it directly replaced. 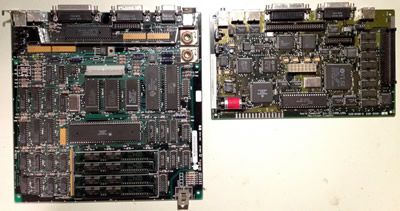 One nice feature was the ability to boot the Mac directly from ROM using the key combo CMD + OPTION + X + O . So I guess that's a feature the SE wasn't capable of... Check out the size of the Classic motherboard vs the Macintosh Plus. Shows the progress of miniturization in the period of 1986-1990. 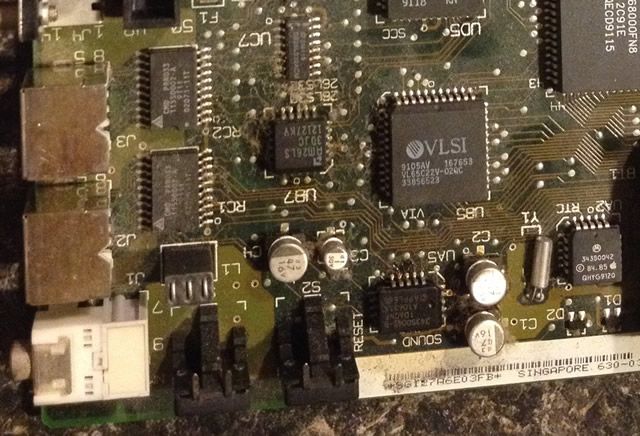 You might have difficulty seeing it but this is a closeup of the logic board after I initially removed it from the Classic.

a) 25 years of dust
b) Leaking electrolyte. You should be able to see near the serial# at the bottom where it's gone. Also many of the chips are covered in green goo around the pins.

Here's a list of electrolytic capacitors needed for a Classic. There are other solid state capacitors on the board but those are unlikely needing replacement. You can see the general steps for this repair on my SE/30 Restoration page. In this job I chose to go with tantalum surface mount caps instead of electrolytic. The advantage is that I won't need to worry about leakage anymore. 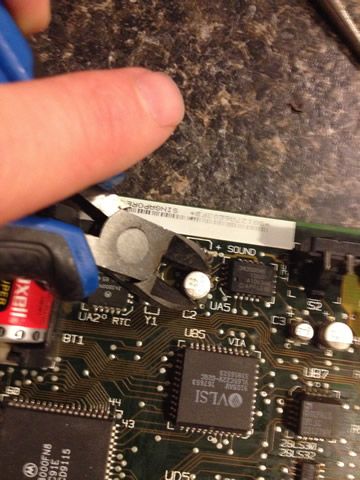 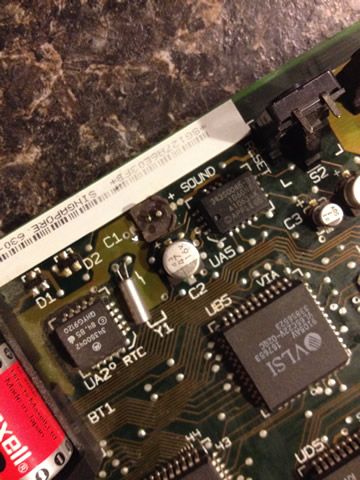 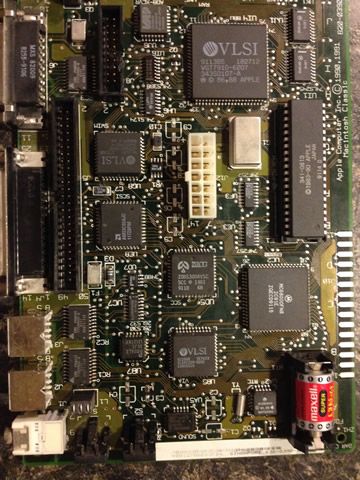 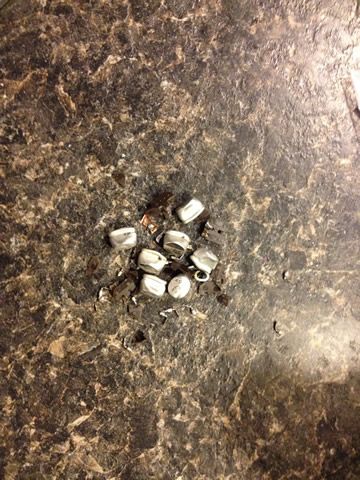 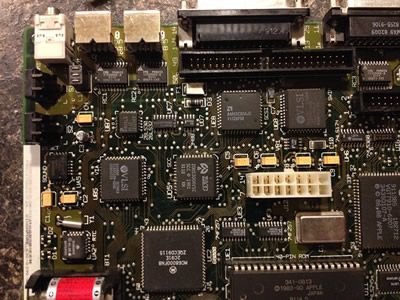 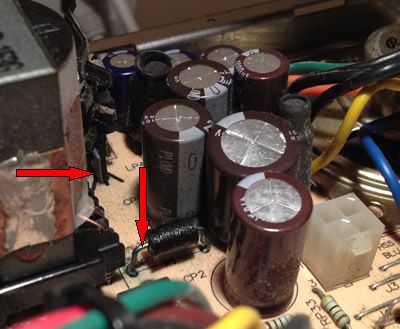 After repairing the logic board I took a look at the analog board... Sigh... Green goo was leaking out of the 2200uF capacitors. Time to fix them. In this case I chose through hole electrolytic capacitors similar to the stock caps. Here's a list again.

After removing the capacitors it looks like the corrosion was worse then I thought. Here's a look at the analog board after cleaning it up and after the original capacitors are removed. I marked each capacitor value so I wouldn't forget. (This was before I removed the 220uF 250V capacitors). 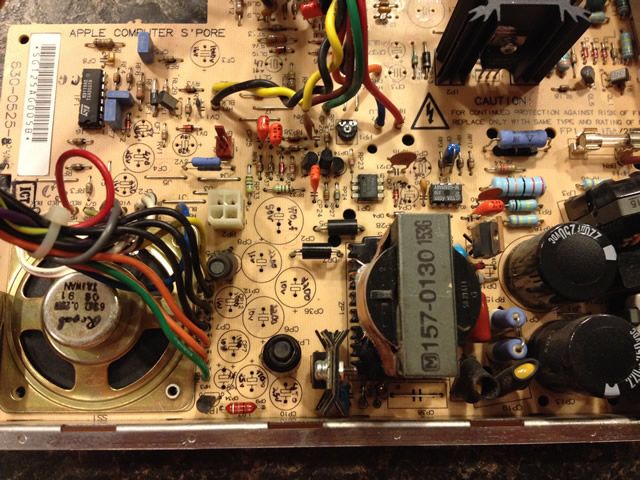 Check it out. After replacing all the analog board capacitors it boots like a champ! 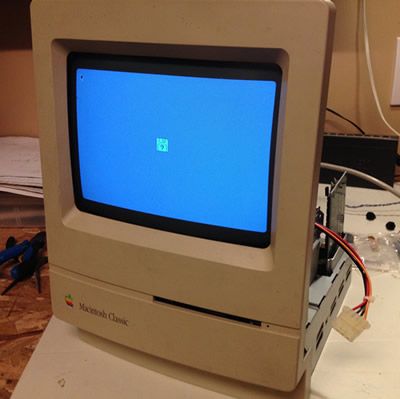