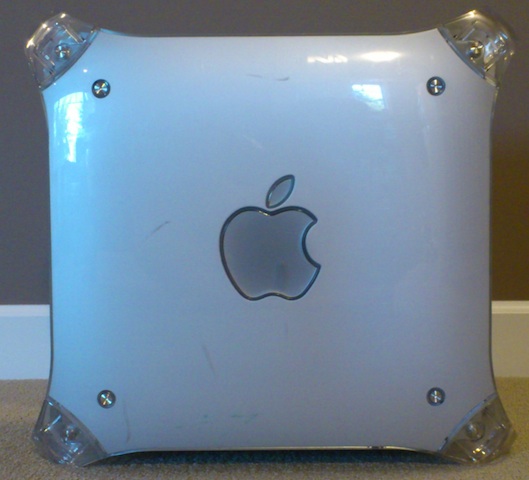 I really like the electronics recycling program here. I can take old junk to be recycled and come home with more! This time I was dropping off a bunch of gutted PC's from work and picked up a 800MHz Quicksilver. I took it home, fired it up and it worked perfectly (a little dusty though).

It had some Sharpie on it so I took care of that with some Rubbing Alcohol... It only had a CD burner in it so I replaced that with a proper DVD Burner and maxed out the RAM at 1.5GB.

Mac OS 10.5 "Leopard" is officially not supported on anything less that a 867MHz G4 and this Quicksilver is 800MHz. After doing some reading performance is noticably better using 10.4 "Tiger" but I wanted Time Machine and some of the other features Leopard has to offer. So here's how to do it...

1. Startup your computer to Open Firmware (press Command+Option+P+R immedietely after startup bong). Make sure you have your Leopard DVD loaded in the drive.
2. Type in the following (press Return after each line):
dev /cpus/PowerPC,G4@0
d# 867000000 encode-int " clock-frequency" property
boot cd:,\\:tbxi

Basically this fakes out the installer into thinking that the system is running at 867MHz until the next reboot! See the link below for further details. Thanks LEM! 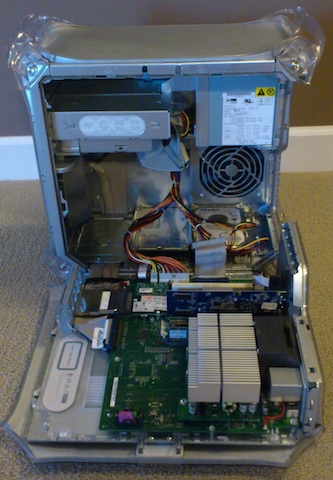 It is possible to upgrade the video card in most G4 AGP equipped Macs with certain PC based AGP cards.

At the very least you will need to flash the firmware on the card with a compatible Mac version.

The Quicksilver uses a 4x AGP slot. At this time Apple was using the Apple Display Connector which provided power through the AGP card removing the need for an additional power cable. To accomplish this Apple added an extra slot at the front of the AGP card and also used pins 3 & 11 on the backside of the AGP card which at that time was not being used... Until AGP 8x came along.

Therefore as in my case when upgrading the video card with a 8x AGP card pins 3 & 11 need to be disabled. To do this I simply taped over pins 3 & 11 with scotch tape and viola!

I used a PC ASUS 9520/TD card which has the nVidia FX 5200 chipset. This is the oldest AGP card to support both Core Image and Core Animation! To flash it with the new ROM image obtained from The Mac Elite (link below), I had to use a PC with an old Windows 98 boot disk and a floppy containing the nvflash utility and the new ROM image. 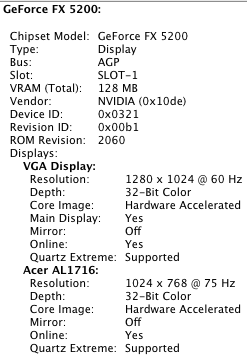 First I backed up the current ROM using this command:

Secondly I flashed the card with this command:

Where NewRom.rom is the filename of the new ROM you wish to image on your floppy.

I received several warnings regarding that the device ID did not match (currently 0322 but I was flashing 0321). I closed my eyes, prayed and ignored the warnings. It flashed sucessfully. I removed it from the PC, shoved it in the Mac and it booted beautifully. Here's the results from the profiler to the right: 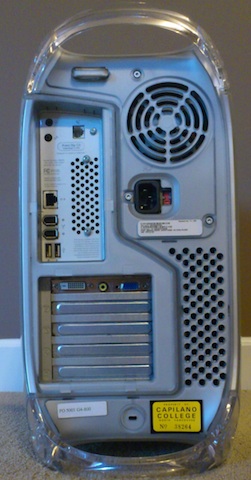